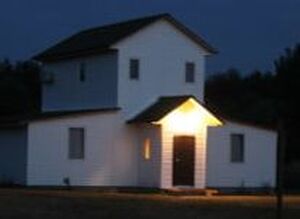 The Ivankiv region is comprised of over 20 villages with more than 600 children listed with social services as living in abusive or neglectful homes or extreme poverty. In the past, children would be removed from these situations and placed in the orphanage while the regional officials removed the parents rights and worked to either place the child with another relative, place the child in foster care or put the child up for adoption.

During the fall of 2012, the orphanage in the Ivankiv region of Ukraine was closed by the national government due to a lack of government funding.  At that time, the regional government asked Jeremiah’s Hope to take over the orphanage (including facilities, the 5 remaining orphans and taking on new children).  However, due to a lack of resources (both financial and man-power), Jeremiah’s Hope declined the invitation.

In 2016, two homes were purchased, with the assistance of funding from First Baptist Church of Midland Foundation and First Love International, to be renovated and transformed into Christian foster/orphan group homes.  The first group home opened in September 2016 and the second home opened in February 2017.  These homes provide a long term solution to caring for children who would otherwise be placed in government orphanages.

Take a few moments and watch this video to learn more about the heart and vision of our homes...
If you would like to partner with us to care for the needs of these children, we invite you to support our homes.